After more than 100 years in the infrastructure solutions business, and with offices across 25 states, HNTB is still nimble enough to move with the times.

Their visualization department creates the art the company uses to help win projects. For the last five years, they’ve used 3ds Max with V-Ray for rendering, but as technology has evolved and the pressure to finish more projects in less time has mounted, they felt the need to look for new solutions.

The team began exploring real-time solutions and were initially drawn to Unreal Engine because they felt it was a lot easier to work with than other offerings. That ease-of-use factor includes Blueprint visual scripting, which Reed feels enables their artists to be “artists first, and tech artists second.”

Finlay agrees, citing an example where participants stepping onto an escalator are automatically taken up or down, mirroring a real-life experience. “You don’t have to have a coder come in to make this thing happen. You can go and watch a couple of tutorials, and it shows you exactly what you need to do,” he says.

Out-of-the-box realism is another factor that helped influence their decision. “The lighting that you get in Unreal is much more realistic than any other real-time software we’ve come across,” says Finlay. 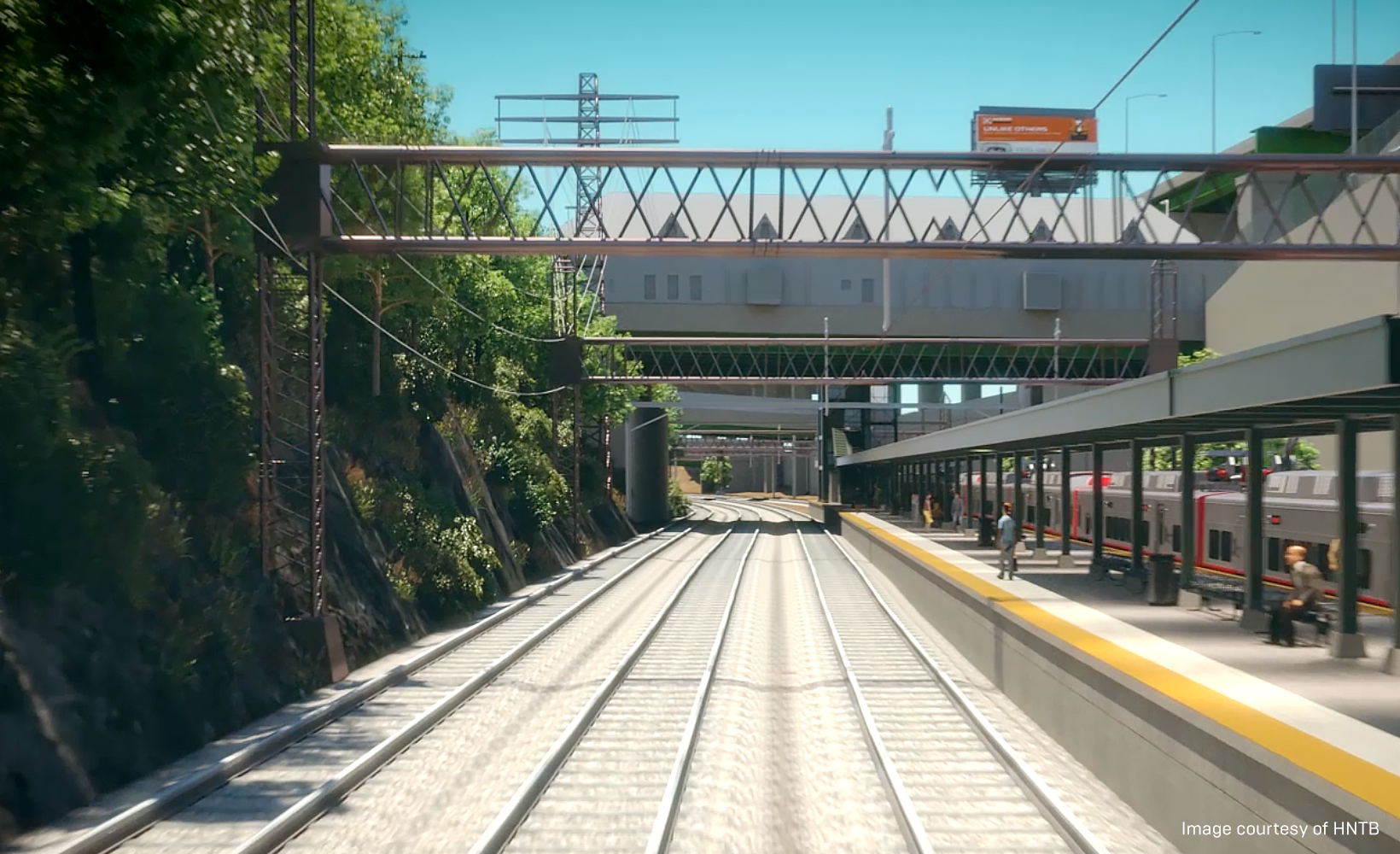 But it’s the sheer speed of getting things done that really proved key. While the team ideally likes to have three months to create a full-blown virtual reality experience, the time frame often ends up being three weeks. And if there’s one constant in that process, it’s change. “We’ll go through iteration after iteration pretty much all the way up to the day of the interview because the project manager is still trying to figure out exactly the message that they want to tell the client,” explains Reed.

To bring their scenes into Unreal Engine, HNTB uses Datasmith, a toolset in Unreal Studio that streamlines the import process for 3ds Max and CAD formats. Finlay credits the nondestructive re-import feature with helping them to iterate quickly, ensuring that setups they’ve already created, such as colliders and LODs, are not lost.

Senior 3D Visualization Specialist Daniela Sanchez just enjoys the fact that she’s working in real time. “I can quickly see how [an asset] is going to look compared to traditional rendering, where you had to sit and wait to see that is was wrong,” she laughs.

Sanchez is not alone in appreciating the benefits of real-time rendering. In a recent study by Forrester Consulting, over 80% of those surveyed felt that it speeds up processes; drives faster iterations and revisions; and promotes better quality and outcomes. Meanwhile, 76% said the time it takes to render offline is a barrier to exploring creative choices.

It hasn’t been hard to convince stakeholders that VR is the way forward. “They put on the headset for the first time and they just take a step back and it’s like ‘Wow, I am in this environment’,” says Reed. “And that’s when you know – we did it right.”