Bloodstained: Ritual of the Night shows fans are hungry to see a new Castlevania installment When you have the weight of a beloved and successful franchise sitting on your shoulders, it can be tough to get out from under it.

In the case of legendary game designer Koji Igarashi, he holds the hopes and dreams of millions of Castlevania fans in his hands.

It’s a responsibility he doesn’t take lightly and when he launched the Kickstarter campaign for Bloodstained: Ritual of the Night, he knew the fans would come running.

Fans were hungry to see what a fresh franchise could be when it came from the mind of someone they already respected so deeply. Of course, along with that 5.5 million dollars came the heavy responsibility of delivering on the promises. This fact, for better or for worse, wasn’t lost on Igarashi-san as he pushed forward with Bloodstained’s development.

As we inch ever nearer to the release of Bloodstained: Ritual of the Night, rest assured that every effort has been taken to please backers and fans. We chatted with Igarashi-san about the ways in which he used Unreal Engine 4 to bring Bloodstained to life and the advice he would offer to other developers who are considering crowdfunding for their games.

Inevitably fans are going to draw lines between Bloodstained and your work with Castlevania. How does Bloodstained differ from the Castlevania games that you've already made?

You didn't come to the table alone, bringing legendary composer Michiru Yamane along for the ride. Known for composing music in not only the Castlevania series but also contributing to Skullgirls, Super Smash Bros. (Wii U) and even DDR, how did Michiru's experience help shape the direction of the game?

First of all, having Michiru-san join the team really brings the gothic feel to the game. The tracks are high quality and this time, we have live strings to go with it. At first, I wasn’t too sure about using an actual orchestra, but when I heard it in person it was amazing. I felt goosebumps all over me.

Considering the variety of features we see in Metroidvania games, is there a mechanic or feature(s) that's wholly different in Bloodstained? Or does Bloodstained double down on any specific feature and make it better?

The theme of Bloodstained is alchemy so there are a lot of features that resonate with it - transmutation, cooking, strengthening your character and more. The use of “shards” make the player stronger and is a feature that is specific to Bloodstained. There are many more features that are wholly new to the game.

What difficulties did you run into trying to make this its own product separate from Castlevania? Did you find yourself falling into any old tropes from that series and have to correct course?

The story and the setting of the game was the most challenging part. It was especially difficult to come up with the protagonist, Miriam, whose dark past was very difficult to differentiate with that of the older characters from the series. The Castlevania series has a lore that was built and accumulated over the years which has an uncomplicated premise, while the deeper part of the story is told by creating a connection with the previous title. With a fresh title like Bloodstained, the difficult part is explaining the setting and having people understand the concept. 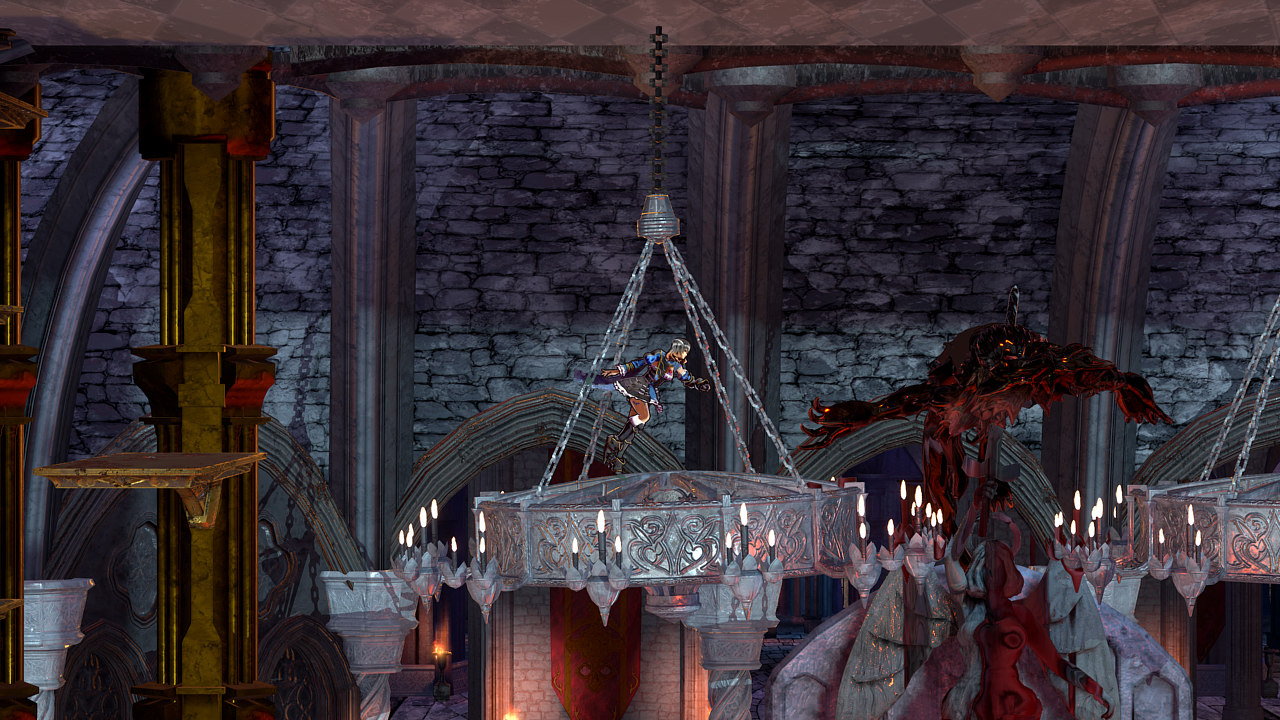 How did crowdfunding change the development process? What do other developers looking at this method need to know?

The largest difference is that there was so much information and materials necessary before the development even started. Normally, the promotion starts few months before the game’s release. When we show these things too soon, we end up not having enough exciting features to show by the time the game releases. I would love to show a lot more to the game’s backers, but it’s also a dilemma when too much content could hurt the charm of playing the game when it releases.

Keeping with crowdfunding, every single stretch goal was met as Bloodstained far surpassed initial expectations. Do you feel an extra level of responsibility knowing that so many people put their faith in the game? Has that been a source of inspiration or even stress?

Ever since being put in charge of a popular franchise with one of the most hardcore fan bases around, the pressure that comes with it has not really been any different. However, knowing that I have to keep in mind the stretch goals is quite stressful. Circumstances from when we set the stretch goals and the circumstances that we are currently in could drastically change, so there can sometime be concern about breaking those promises. 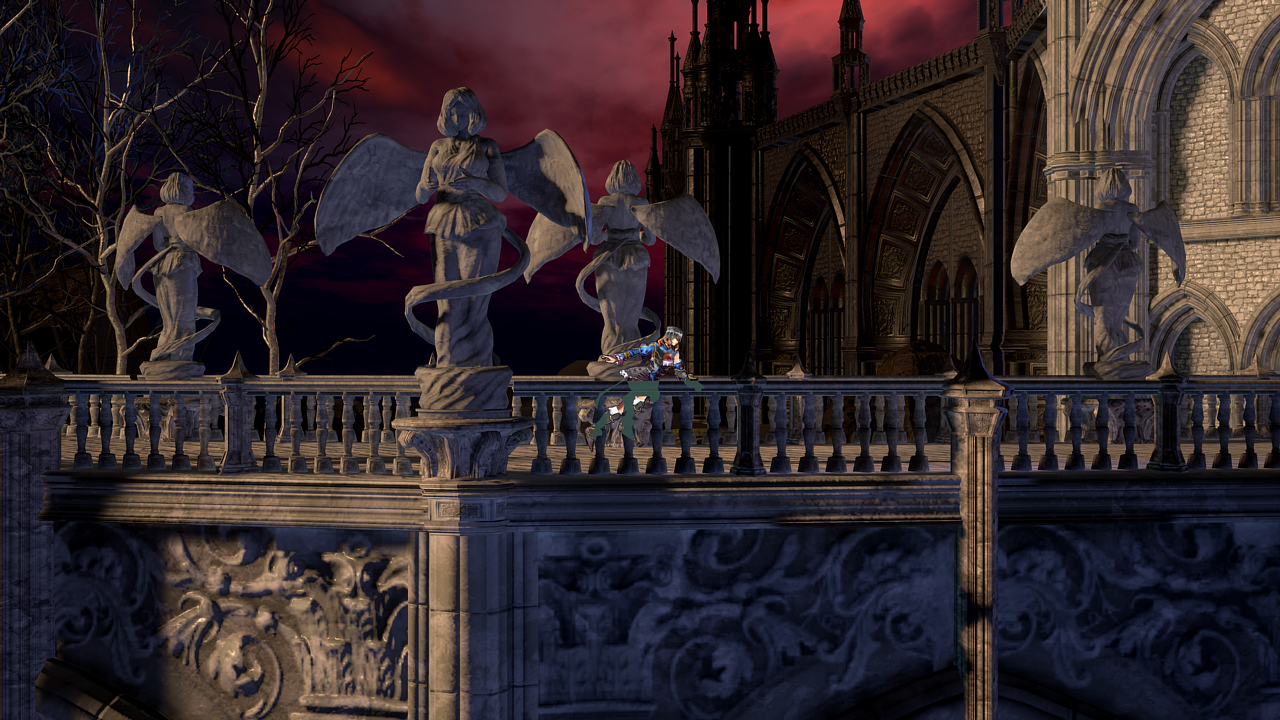 Unreal Engine 4 is particularly known for its high level of quality in the 3D space. How did those same tools help you make such a gorgeous and compelling 2D game?

Although the gameplay style is 2D, the art assets are all in 3D. In terms of the visual appearance of the game, Unreal Engine 4 has really helped us. For us, we have been using the physics material and the built-in physics made it surprisingly simple to achieve the kind of look we were going for. 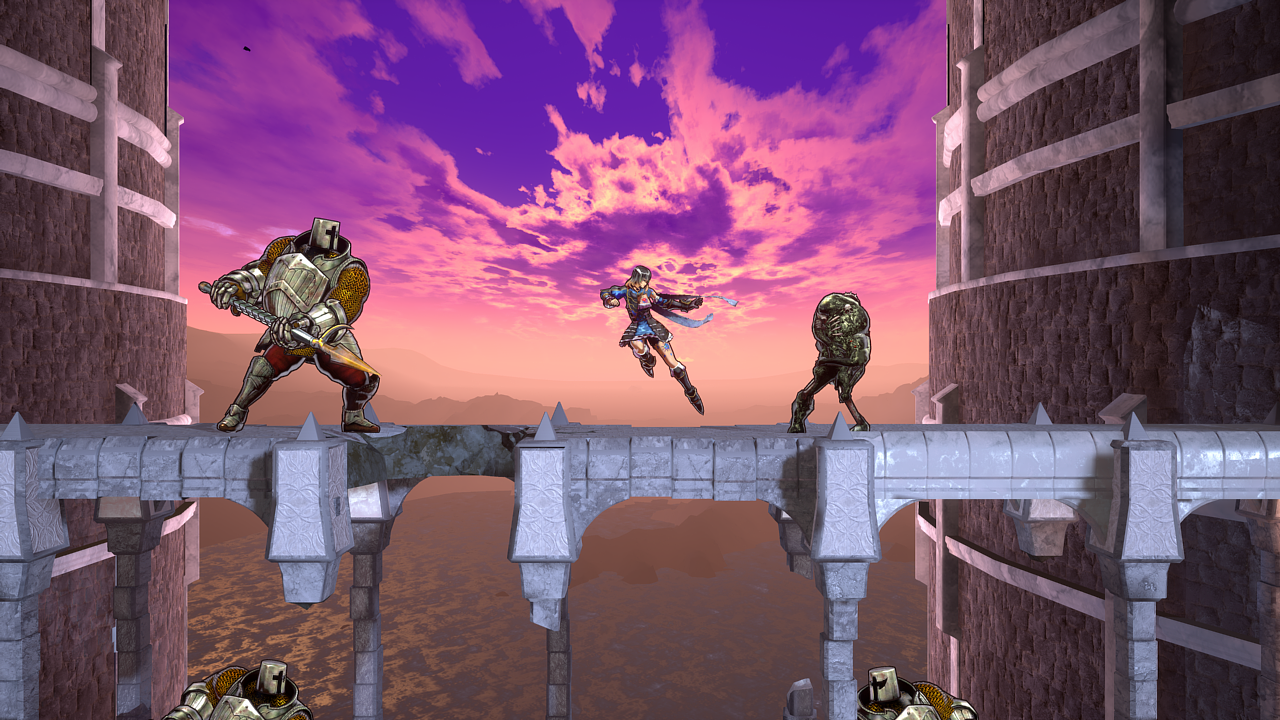 I always like to ask seasoned developers to pass on some of their knowledge to the eager new developers on the scene. If you could offer up a single piece of advice to someone taking on a game in Unreal Engine 4 what would that be?

With a basic knowledge of using Unreal Engine 4, it is very easy to create a mock of the game you’re trying to make and test it while building it. Although this seems simple, I would advise that not everything is as easy as it looks by solely relying on the engine. The developer must first and foremost pick a plan that is the best way to approach building a game by understanding the engine’s limitation and its advantages. Unreal Engine 4 is free and an open source engine. There are tons of resources that developers could study before starting a project without prior knowledge and workflow plan. I think it is important to keep a mindset of not being satisfied with only what we are given for granted.

Where are all the places people can go to keep up on Bloodstained: Ritual of the Night?

You can find the latest information on Bloodstained: Ritual of the Night through our Kickstarter update page and through the Discord community. An official game website will be created soon as well.