Unreal is mirroring its development branches on GitHub

Most of the day-to-day development on the engine happens in these branches, organized by teams or features. These branches are periodically merged into master after testing has been conducted by its QA team, and until now this has been reflected on GitHub as a monolithic commit.

You can now see live development work on new features, as it happens, and get full merge history for individual files.

All development streams are named with a "dev-" prefix (dev-editor, dev-sequencer, and so on). A few branches have already gone live, and we'll be rolling out to more branches over the next few weeks. Bear in mind that these branches reflect work in progress; they may be buggy or not even compile, though hopefully not for long. 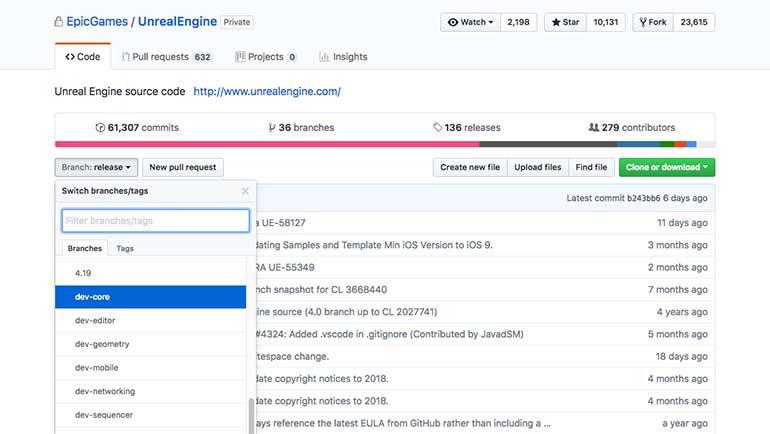 Some work requires that Unreal respects non-disclosure agreements with third parties, so certain branches may take longer to appear as it shores up the security required to respect those agreements.

The goal is to provide as much visibility to what is being worked on as Unreal can, but be patient as they work through the kinks.

Interested in pulling from these branches? Not setup on GitHub? Get started here!