A software project is a living thing, and every few years it needs to take a leap. A leap for survival, for innovation, to respond and adapt to new trends and technologies, to lay the foundation for future trends.

This is a risky endeavour. Ambitious targets tend to significantly slow down development momentum due to complex engineering decisions, disagreements between team members or lack of outwards communication to the user community.

Blender has achieved this feat once before during its existence –the well known 2.5 project in 2010– thanks to the relentless leadership of Ton Roosendaal and a tight-knit team of developers and power users.

After nearly 8 years of gradual improvements, during which Blender’s user base more than quadrupled, it was time for another jump.

The main goal of Blender 2.8 is to further improve support for diverse workflows, complemented by features such as a high quality PBR viewport, 2D animation tools, advanced asset management and a powerful animation system. While Blender is often regarded as an oddity, its flexibility is being discovered and appreciated by a growing audience.

After over one year of work, the project needed a final sprint to deliver the first beta of Blender 2.8. To achieve this, the idea of a “Code Quest” was proposed: to bring together nearly all of the core developers for three months in one location, in the Blender Institute in Amsterdam.

This period would enable the team to tackle fundamental engineering issues, as well as to more efficiently focus on interface design and usability.

How to successfully fund an Open Source project

The funding of the Code Quest, which was estimated 200K USD, has been divided between four parties.

The second was Blender Institute, the Amsterdam-based Open Content powerhouse, who provided the initial funding for the campaign, public relations, communications and logistics. Blender Institute is hiring several of the Blender core developers and is funding part of the Code Quest costs via the Blender Cloud, the open production and training platform.

The remaining two parties were industry sponsors and the Blender user community, together targeted to cover nearly half of the total budget via a crowdfunding campaign.

With the animation studio Tangent Animation and the makers of Lulzbot 3D printer Aleph Objects signing up as sponsors, industry support started well, and continued for the better with several other Blender-based businesses joining the effort.

However, the biggest challenge was to involve the user community. After reviewing several strategies (including using popular crowdfunding platforms) the Blender Institute team decided to focus the entire campaign on selling a memorable reward token – a space rocket shaped USB drive. Each rocket would cost 39 USD, with its price raising 10 USD within 3 weeks. Rockets would be produced right after the campaign, to give the immediate reward of having supported an ongoing project. Target was set to sell a 1000 rockets minimally. 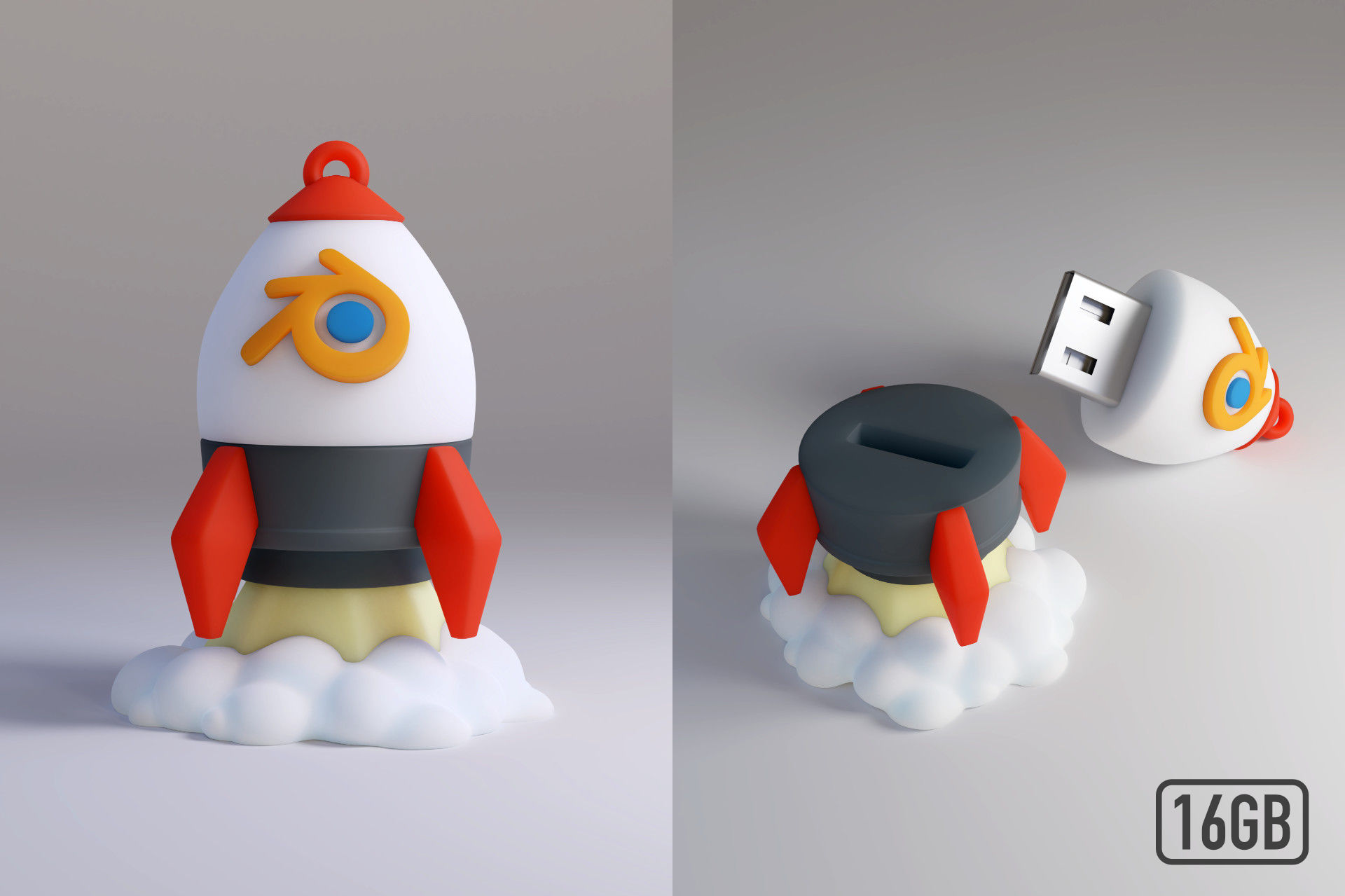 And then the user community pulled off something truly outstanding. The goal was achieved in just 4 days, which resulted in confirming the official start in April and a new target of 2500 rockets. This stretch goal was set to expand the Code Quest team. The new target was achieved in less than 3 weeks.

Thanks to this additional support, almost 100K USD were raised, an amount comparable to the historic campaign that made Blender become Open Source back in 2002.

The Code Quest is an unprecedented opportunity to document the development process in an open and transparent way, building up excitement in anticipation for Blender’s beta release due in July 2018. The Code Quest will be frequently covered using the official code.blender.org blog, via video logs, live streams and demos.

At the same time, two high-profile Blender Open Movies that are in production will be the ultimate stress test for the upcoming release. These are Hero, the first short film combining traditional animation in a three dimensional space, and Spring, a poetic visual journey that will raise the bar set by previous Blender Open Movies.

Blender 2.8 carries a lot of expectations. The Code Quest campaign has proven, once again, that the community is there to make it happen!